A Better Way to be Energy Efficient

CROSQ Energy - News - A Better Way to be Energy Efficient 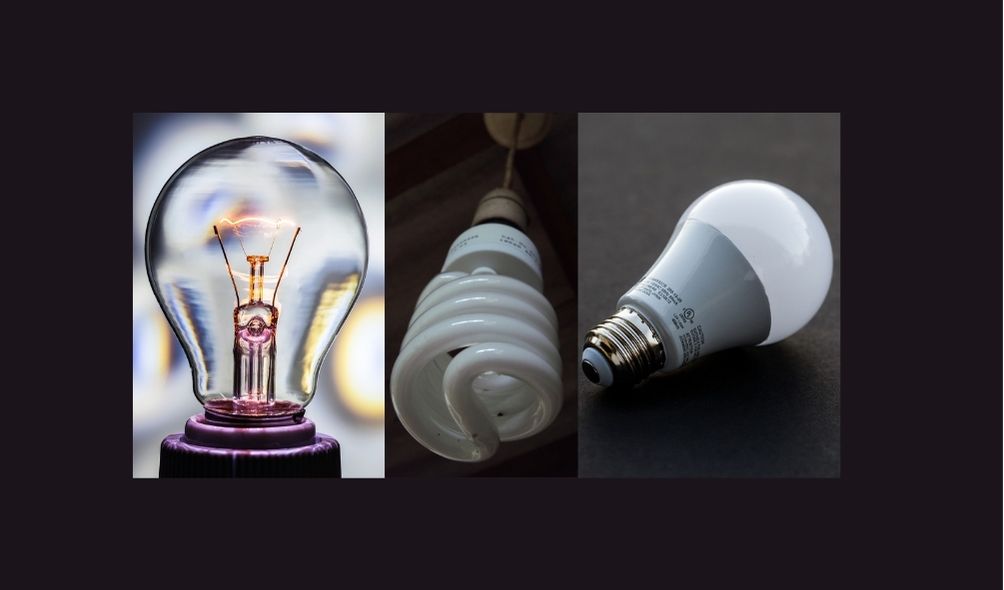 CFLs and LEDs – A Few Insights

As a consumer, you’ve probably at some point had to go shopping for a light bulb. In the not-too-distant past, incandescent light bulbs were all that were available in the Caribbean, but in more recent years this has changed drastically.

Incandescent bulbs were those clear, see-through bulbs that got really hot after being on for a period of time. Then we all started hearing how they weren’t good for the environment, or our health and they started being replaced by other kinds on the market. Some of these replacements now had a variety of strange shapes and housings. And then the term LED became increasingly known, especially as the technology in our televisions and even digital devices also advanced. It was not uncommon to have a device boasting of having LED screens.

As part of CARICOM’s drive to make incandescent bulbs obsolete, the CARICOM Regional Organisation for Standards & Quality (CROSQ) was tasked with the job of creating energy efficiency standards for lights. Inclusive in that, was standards for what should be the minimum performance expected of such lights, especially given complaints that some new lights were not lasting. The need to remove incandescents from the market, however, remained.

In its latest report, the International Energy Agency (IEA) noted that currently incandescent sales are only at 5% in the current market, having been replaced by the more efficient options. This is significant as it means that eventually, incandescent bulbs may be entirely obsolete.

So, in CARICOM standards were developed, and an energy efficient testing laboratory in Trinidad and Tobago was expanded to support the kind of testing that bulbs in our climate would need to undergo to determine their efficacy. The standards covered LEDs, or light emitting diodes, and CFLs, or compact fluorescent lamps. The term LED is probably more familiar than CFLs, but we’ll take a minute to examine both, what they are and why you should consider using them to replace any less efficient bulbs in your home that may, unknown to you, be causing you to spend more in electricity… plus, they’re also better for the environment.

According to an article on the Payless Power blog, lighting alone in your home can account for a quarter of your total electric bills. The good thing about CFLs and LEDs in this context, is they have a longer lifespan (LEDs especially) and they use less energy in homes. In fact, Payless Power indicated that LEDS can last up to 50,000 hours and CFLs use 25% to 35% less energy than other traditional or incandescent options. CFLs though, have been noted by all expert sources as being less efficient than LEDs, which the IEA noted seem to be over taking the market.

But let’s take it back a bit to what are CFL and LEDs.

CFLs are usually identified by the curly, twisting outer bodies. They are said to be miniature versions of full-sized fluorescent lamps and usually have a standard screw-in type socket. They give off light similar to incandescent bulbs but not quite like the classic fluorescent lamps you’d see in schools and factories. They are four times more efficient than incandescent bulbs and use way less energy.

CFLs are cost effective in the long-run, given their potential lifespans and can be good options for lighting more remote areas of the home. Given the versatility, CFLs are said to work in many areas of the home and come in many shapes and sizes.

By comparison, LEDs are small, solid bulbs. They last up to ten times longer than CFLs, and are also said to be a bit sturdier than others, so hold up a bit better when bumped. They also do not succumb to the overheating that occurs in other options.

The LED bulbs, you should note, are available in “warm” or “cool” light. Warm is said to be good for accent lighting or in small areas, while cool looks whiter and is good for those areas where visibility is optimum or in your home work spaces.

When buying, it’s good to consider the brightness of the bulb, whether CFL or LED – and the lumen rating is the indication of amount of light. The more lumens the brighter the light. It can be used to compare the brightness of any bulb. Another important measurement to look out for is the Colouring Rendering Index (CRI), which indicates the quality of light and how faithfully the bulb will provide light that will allow you to correctly recognise colours as they should look. You should seek out LED bulbs which range between 70 and 95 CRI, while the best CFLs have ratings in the mid-80s range.

The final advice this article will provide is on how to ensure you get the best out of your bulbs.

For rooms where you frequently turn on and off lights, LEDs may be better, as CFLs are said to be sensitive to frequent use, which sometimes reduces the lifespan. So closets, laundry rooms and other places where you briefly turn on and off lights during the course of your week are good places for CFLs. And may also be more efficient to leave the light on in rooms you continually traverse over about a 15-minute period to avoid frequent switching on and off.

Not every CFL works well in dimming switches, this again can shorten your CFL’s lifespan. Outdoors, you may want to cover the bulb to keep it away from the elements; and as there is a small amount of mercury in some CFLs, be careful how you handle and dispose of them.

Meanwhile, LEDs are usually said to be manufactured mercury free, and are highly efficient as far as energy usage is concerned. Used inside the home LEDs save electricity, remain cool and are usually cost effective to purchase/replace. They are also said to work well in enclosed fixtures, as they do not succumb to heating issues.

The CARICOM Energy Efficiency (CEE) Labels are attempting to ensure bulbs hold up and that you have more information to make your purchasing decisions. So, the factors you were told to look out for will be clearly marked on the labels to help you compare, and the testing lab set up in our region will also bring the expertise to ensure the manufacturer’s information holds up in our climates.

Look out for more information on the CEE Labelling Programme being piloted in Belize, Jamaica, Saint Lucia and Trinidad and Tobago.